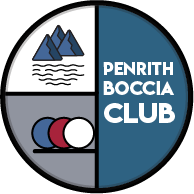 Penrith Boccia Club is a local NSW sports club, affiliated with Boccia Australia whom are recognised by BISFed (Boccia International Sports Federation) as the organisation responsible for Boccia in Australia.

At Penrith Boccia Club we understand the importance of teamwork and how being part of a team can help you perform better. All of our members benefit from being together.

Making its debut as a Paralympic sport in 1984, Boccia tests each competitor’s degree of muscle control and accuracy. Competing in wheelchairs, athletes with severe impairments throw, kick or use a ramp device to propel leather balls on a hard flat surface as close as possible to a white ball which serves as the jack (target). Athletes compete in team and individual events on an equal level.

Paralympic level sport, Boccia is one of only two sports which do not have an Olympic counterpart (Goalball being the other).